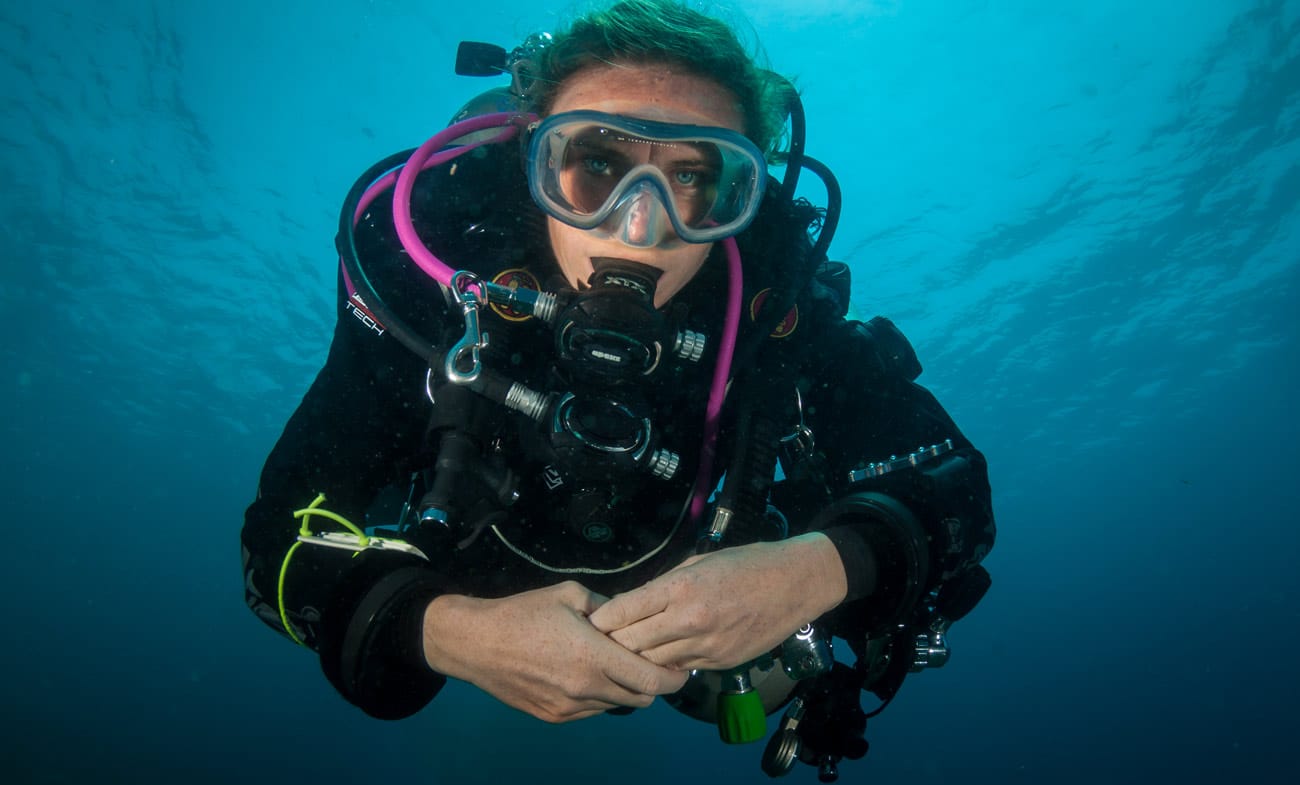 Here’s Jenny’s blog on why she started technical diving and what made her continue:

When I first learned Technical diving I was an open water scuba instructor. Tech diving is basically defined as anything that involves decompression stops and my boyfriend at the time had completed his ‘tec‘ training and loved every minute of it. Decompression stops become necessary when dives are of a longer duration, or deeper than normal, or both. Decompression stops can suddenly mean that instead of being only 2 or 3 minutes slow ascent from the surface you may need a much longer period of time sometimes even hours to reach the surface without getting ‘the bends’.

I wasn’t convinced about going ‘tec’, what was the point of going that deep? But then I had the chance to complete the training myself to the level of trimix diver, 60m maximum depth. Trimix is a special gas divers breathe that has helium in it to reduce the narcotic effects of nitrogen as you go deeper. It means you can dive deeper without being impaired. A diver friend of mine jokingly refers to Trimix as like taking ‘Brave Pills’.

My other big passion in diving is photography and when I realised this course would allow me to do basically unlimited dives, I jumped at it.

I had no interest in going deep, I was happy to do the ‘full Canyon’, a 50m dive in Dahab, Egypt I’d heard about from others in the area but even the famous ‘Arch’ of the Blue Hole in Egypt didn’t really grab my attention. What I really wanted was to be able to fall in the water at Lighthouse, the dive site on my doorstep, and stay there for 2 or maybe 3 hours at a time. I didn’t want to have to worry about avoiding decompression stops or running out of air; I just wanted to dive and take photos.

The tech diving course seemed perfect for that. To my intense disappointment I instead learnt how I’d have to follow a strict plan and not deviate from it. And the posh new dive computer that worked out my ‘deco’ during the dive? Forget that, that would just be showing me my depth and time… in seconds… because that’s how accurate we were going to be.

Off to the Arch, the Canyon, and Lighthouse

After over a week of training I was signed off and allowed to do deco dives by myself. My boyfriend suggested we go out together at first as by that point he’d gained a lot of experience. So we did, off to the Arch, the Canyon, and Lighthouse, over and over again. Slowly, I realised I was starting to actually enjoy myself despite not having the freedom I thought I would. I enjoyed the feeling of being slightly narked, when the nitrogen in the air I was breathing had a mild narcotic effect on me. It felt like I was slightly drunk but I also trained myself to become super aware; the slightest deviation from the plan annoyed me, being as much as a second late leaving the bottom was unacceptable.

My first solo deco dive was at a dive site I’d been to many times but never that deep. That day a few of my friends were taking their course so would be swimming above me at forty five metres with their instructor while I would be ten metres below them. I remember the dive clearly to this day; the peace of swimming on my own, no one else to think about or have to follow. I remember a beautiful majestic eagle ray gliding past me another ten metres or so deeper and realising I would be the only diver to see it that day (and no, I wasn’t that narked, I really DID see an eagle ray down there, honest!). I also remember counting down the time left on my fingers (maths has never been my strong point) and having the instructor take the mick out of me for it as, unknown to me, he’d been directly overhead and watching me the whole dive.

Over time I gained enough experience to start putting my computer to use, I could ditch the plan and dive ‘free’ as I’d always wanted.

The strange thing was I’d discovered that my reasons for diving had changed.

Although I still enjoyed long dives with my camera, I also enjoyed going deeper to bits of the reef that few other people visited. I saw things that my friends couldn’t see. I had my own bit of reef now, a place to go and relax, somewhere I never saw another diver unless I’d brought them with me. And it was so peaceful. Just like that first solo with the eagle ray, I loved the feeling of not having to follow anyone or check and make sure others were ok.

But something was still missing. I’d still stare down into the depths and wonder what was down there.

Siren call of the deep

After a few years, I knew that I needed to test myself and see if the depths really did suit me. I’d been told many times it was a mental game, that physically I’d probably be ok but the slightest thing could set you off at those depths. So, I tried it.

My first few dives below 100m I went with other people. Then I realised that they seemed to have more problems than me and I was always worried about them. So I did my first -100m solo. It was the most magical dive I have ever done. I went to the bottom of the Blue Hole, the infamous Dahab dive site that’s been credited with so many deaths over the years. I’d been to the bottom before, and knew it was no more dangerous than the training site we used, it was mostly people’s stupidity, lack of training or experience, or pure bad luck that had killed them. This time as I swam around I thought about how lucky I was. I was at a place most people would only dream of and I had it all to myself.

I now understood what others were talking about when they referred to the “siren call of the deep”. Every dive I did now I wanted to be down there, on my own. I did more and more. And each one felt better than the last. I’m more at peace when I’m on my own, one hundred or more metres below the surface than I am at any other time. I’m concentrating fully, totally focused, but in my element. And I’m able to go where few other people have, not only that, but I get those places to myself.

Depth is my own personal sanctuary.

Call me selfish, but I think I’m the luckiest person in the world.

Keep up-to-date with Jenny’s adventures, and read more of her blogs here

Keep up-to-date with Jenny’s adventures, and read more of her blogs here 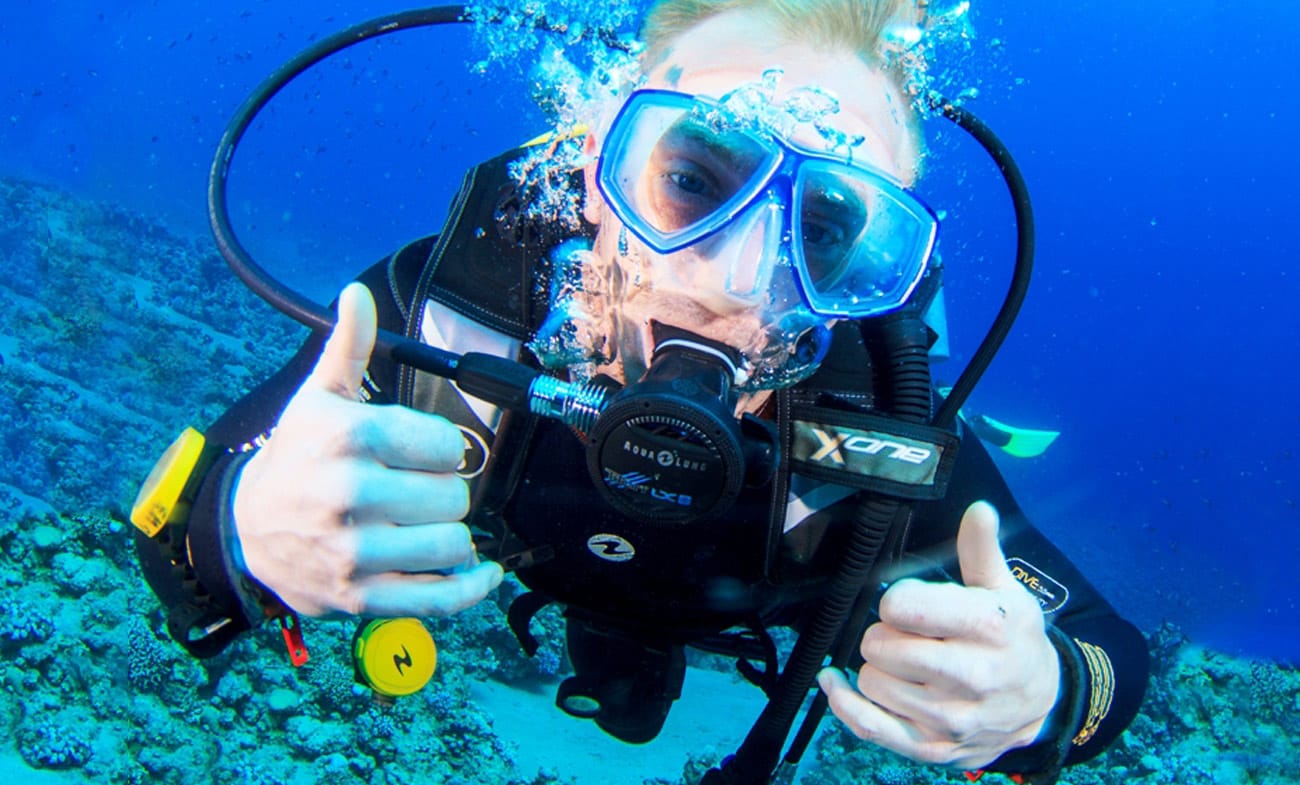 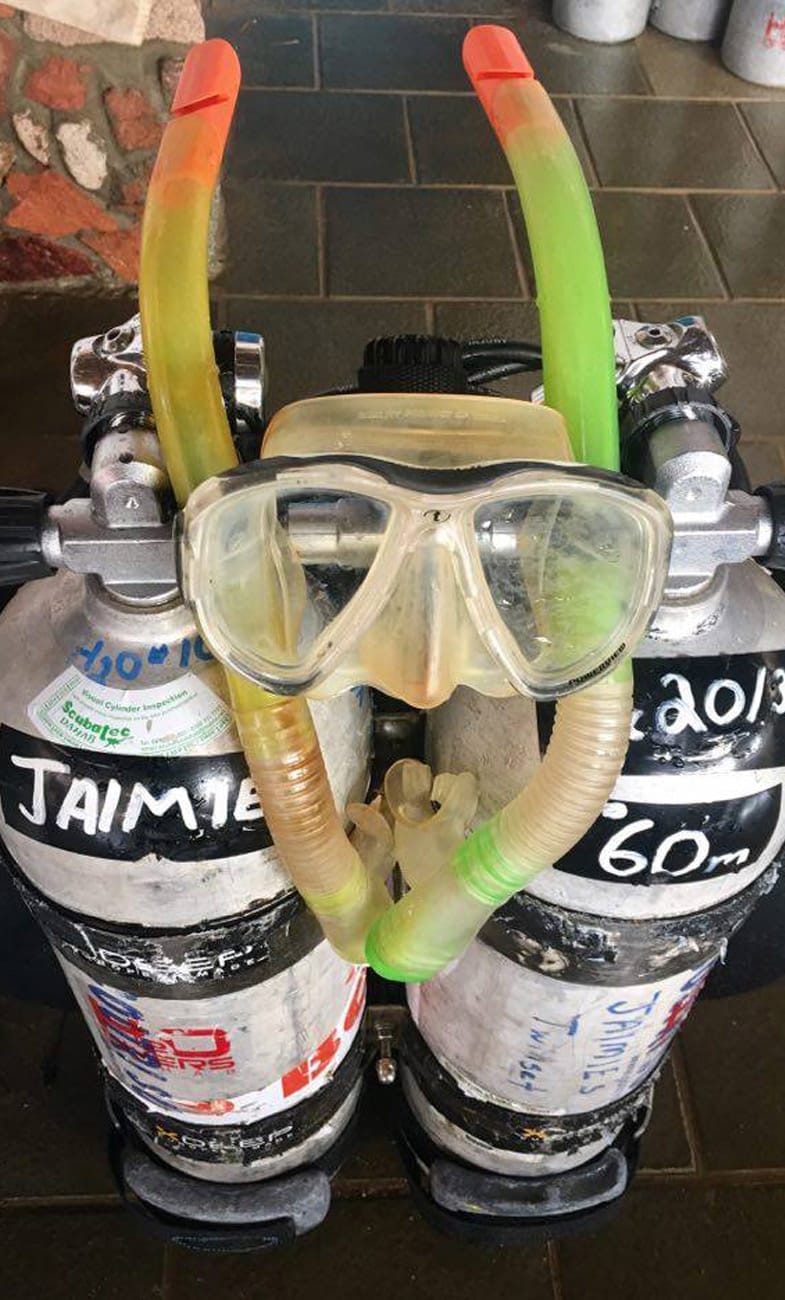 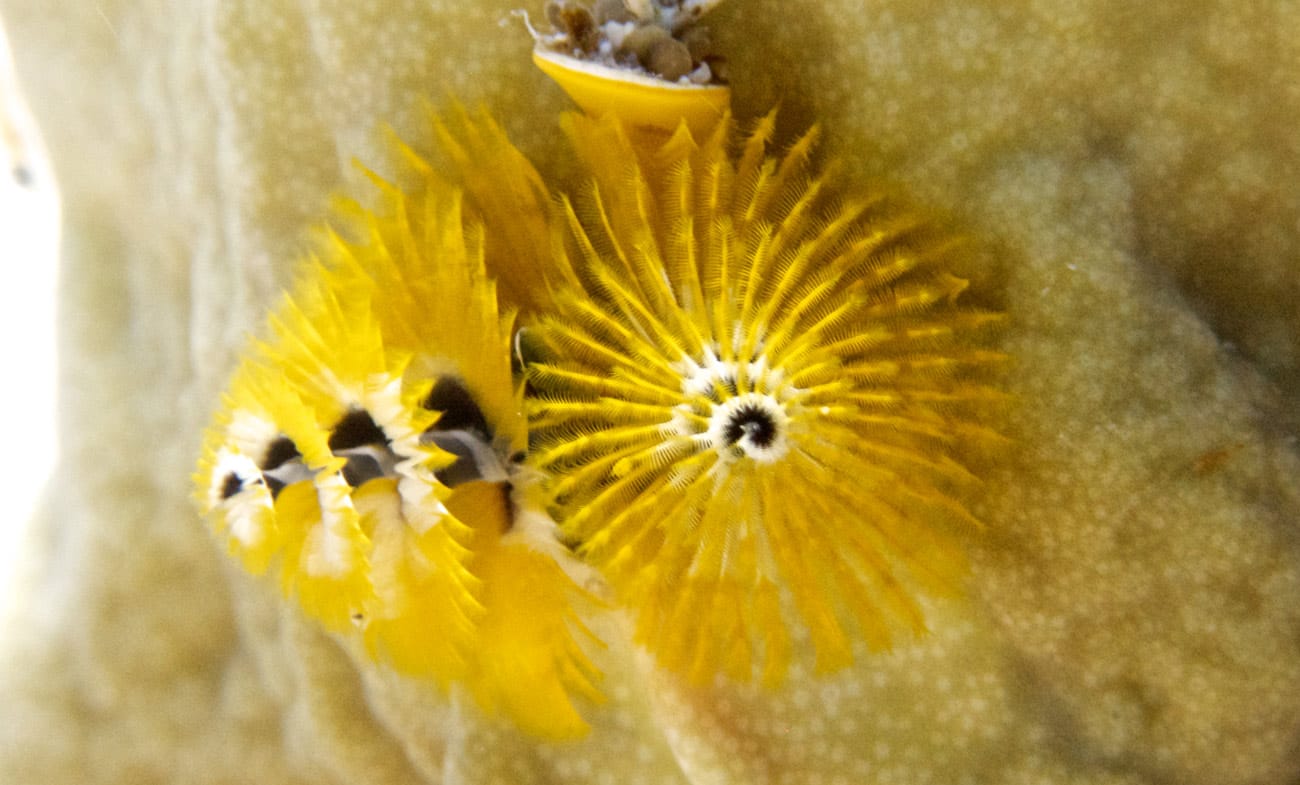