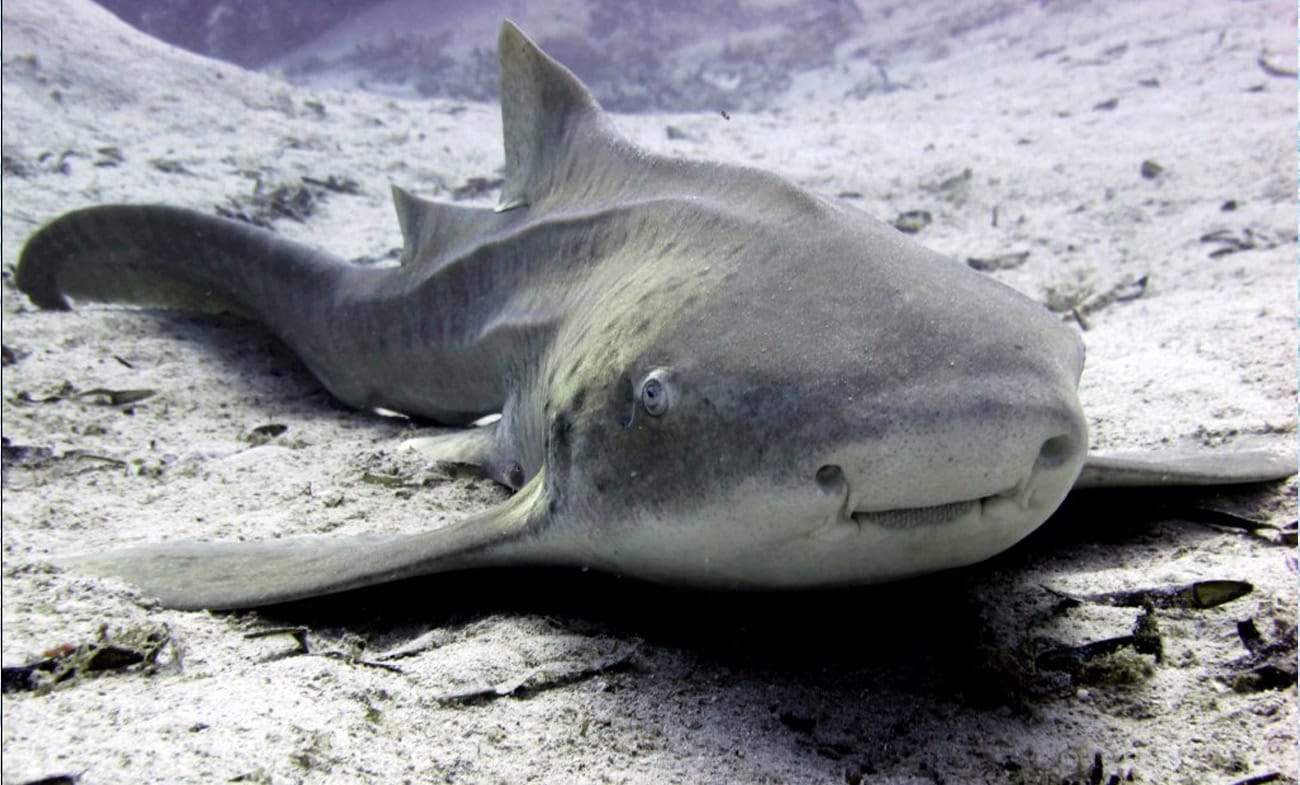 Sightings of sharks and large rays are always a great news in Dahab, since they are mostly rare in the area. These sightings where made on the 20/06/2013 at Lighthouse for the Leopard Shark (27 m depth, 2 m long) by Laura and Lara; on the 21/06/2013 at Ras Abu Galum for the Manta (4.5 m, no pictures) and seen by Frank, Mascha, Frank and Bernadette (lucky divers). We hope there will be plenty more sharks this summer, since the sightings usually increase massively during the warm water season. Sharks/Rays that have been seen in Dahab include the Whale shark, the Hammerhead, the Oceanic White Tip, the Eagle Ray and the Manta Ray.

The zebra shark (Stegostoma fasciatum or varium) is a species of carpet shark and the sole member of the family Stegostomatidae. It is found throughout the tropical Indo-Pacific, frequenting coral reefs and sandy flats to a depth of 62 m. Zebra sharks are also known as leopard sharks in Southeast Asia. Maximum size is about 3.5 m. Zebra sharks are nocturnal and spend most of the day resting motionless on the sea floor. At night, they actively hunt for mollusks, crustaceans, small bony fishes, and possibly sea snakes inside holes and crevices in the reef. Though solitary for most of the year, they form large seasonal aggregations. The zebra shark, like most species of shark, is threatened and, like most species, the shark itself is harmless. This species is regularly taken in inshore fisheries and a decline is likely if not in progress. Utilized fresh and dried-salted for human consumption and also for fishmeal; livers processed for vitamins; fins cut off and sold for the asian sharkfin trade.

Manta Rays are large eagle rays belonging to the genus Manta. The larger species, M. birostris, reaches 7 m. Mantas can be found in temperate, subtropical and tropical waters. Both species are pelagic; M. birostris migrates across open oceans, singly or in groups, while M. alfredi tends to be resident and coastal. They are filter feeders and eat large quantities of zooplankton, which they swallow with their open mouths as they swim. Gestation lasts over a year, producing live pups. Both species are listed as Vulnerable by the IUCN. Human threats include pollution, entanglement in fishing nets, and direct harvesting for their gill rakers for use in Chinese medicine. Their slow reproductive rate exacerbates these threats. Areas where mantas congregate are popular with tourists.